It’s become increasingly common in recent years for powerlifters and other weight-lifting athletes to use ammonia before competitive lifting. 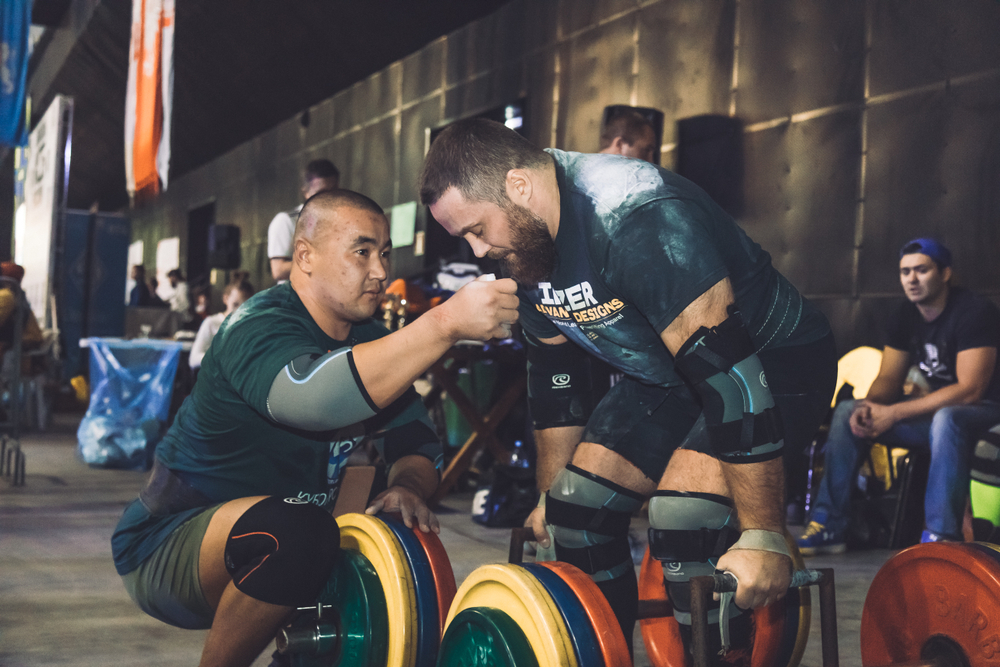 While the use of ammonia among heavy lifters is a regular sight for spectators at this point, many aspiring athletes and fans of competitive lifting still aren’t quite sure why ammonia is used or how it impacts lifting performance.

If you’ve been wondering what ammonia does to the body and mind in relation to lifting, you’re in the right place. We’re going to be answering all your burning questions, including what ammonia is, how it improves weight lifting performance, safety queries, and legality.

Let’s start at the beginning: what exactly is ammonia?

From a scientific perspective, ammonia is described as the compound form of hydrogen and nitrogen. You might also see the substance referred to by its chemical formula, which is NH₃.

At room temperature, ammonia is a strong-smelling gas. It has many uses across various industries. Ammonia is most commonly used as a fertilizer in the agricultural industry, with estimates indicating that about 80% of industrial ammonia is used in this way.

However, ammonia is also used in the cosmetics and textiles industries, used to purify water and kill pests, and employed as a natural refrigerant.

But how does ammonia come into the sporting world? Let’s find out.

How Does Ammonia Improve Lifting Performance?

In addition to all of the uses outlined above, ammonia frequently makes an appearance in weightlifting contests. Weightlifters will often sniff or ‘huff’ ammonia immediately before a lift. The reason for this is that ammonia is thought to improve lifting performance in 4 distinct ways.

One of the main effects observed in people who use ammonia before and during sporting events is increased adrenaline levels.

Adrenaline is widely known to dull the body’s natural pain response. This can be a major advantage when it comes to powerlifting and other weightlifting events because these sports are extremely physically demanding and aches and pains are commonplace.

By using ammonia before lifting, powerlifters can give themselves the best chance of success by reducing or eliminating any discomfort that could limit their performance.

However, if you’re considering using ammonia to improve your weightlifting performance, it’s important to understand that not being able to feel pain as acutely doesn’t mean you can’t sustain an injury.

That might sound obvious, but the reality is that if your pain receptors aren’t firing as usual, you risk overstraining yourself without realizing until the damage has been done.

It’s essential to find a healthy balance between managing aches and pains that limit your performance and suppressing your body’s pain response altogether.

Ammonia’s benefits when it comes to lifting don’t stop at physical effects such as pain reduction. There has been a significant, short-term improvement in the mental function of athletes who use ammonia in competitive lifting, specifically in the areas of alertness and focus.

Arguably, the mental aspect of lifting is just as important as the physical side. Heavier lifts, especially, demand a lot of mental focus and concentration.

Additionally, it’s theorized that ammonia essentially helps to activate the mind’s fight response (as opposed to the flight or freeze response). What this means is that, after using ammonia, athletes will be less impacted by feelings of anxiety and more able to focus on the task at hand.

Second-guessing yourself can be detrimental when it comes to heavy lifting as a split-second's hesitation can lead to failure - or even injury.

The mentally stimulating effects of ammonia can also help to combat fatigue and demotivation, so many athletes also use it to power through difficult training sessions.

Lightheadedness is a fairly common side effect of heavy lifting. In severe cases of dizziness and lightheadedness, athletes have been known to pass out, which can be extremely dangerous when dealing with heavy weights.

The reason lightheadedness and fainting are a risk with competitive lifting is, quite simply, due to overexertion. Overexerting yourself physically can lead to a sudden drop in blood pressure, which is what causes faintness.

Ammonia and smelling salts are often used to revive people who have already fainted. However, there is also evidence that using ammonia prior to an activity that could induce fainting has a preventative effect.

With that being said, if you’re reading this as an athlete and you know that you suffer from fainting spells or lightheadedness, either during or after lifting, you should consult your primary care practitioner to rule out any underlying health conditions.

Although this final point is probably the main reason why weightlifters and other athletes use ammonia, we’ve left it for last because the scientific evidence to support it is still lacking.

Many athletes huff ammonia before lifting because they think that it will enable them to lift more weight.

While this might be true in the sense that ammonia reduces physical pain sensations, thus removing a major obstacle to peak performance, there isn’t currently enough concrete evidence to prove that ammonia increases physical strength.

In fact, most of the reliable data that we have available to us suggests that ammonia makes no noticeable difference to muscle strength.

With that being said, the side effect of enhanced mental clarity combined with the reduction of pain could certainly make athletes feel able to lift more weight than usual.

It’s also possible that using ammonia could create a placebo effect, although more research would need to be conducted in this area to confirm this theory.

Is Ammonia Safe To Use?

In small quantities, such as those used by athletes in competitive lifting scenarios, ammonia is not dangerous to otherwise healthy adults.

However, ammonia can cause adverse side effects (some more serious than others) at high concentrations.

Exposure to slightly too much ammonia can cause uncomfortable but non-fatal side effects such as burning in the nose, throat, and eyes. It may also cause a cough. In more severe instances of overdose, athletes may experience more intense burning in the areas mentioned above, as well as blindness, damage to the respiratory system, and even death.

Therefore, the key to using ammonia safely is to use it only when necessary, in small quantities.

People suffering from certain health conditions should avoid using ammonia altogether, though. For example, if you have emphysema, bronchitis, or asthma, you’re more likely to experience severe and potentially dangerous side effects when using ammonia.

Is Ammonia Legal In Competitive Lifting?

The use of ammonia in competitive lifting is legal, but you’ll need to familiarize yourself with the specific rules put in place by any competitions you’re participating in.

For instance, some weightlifting federations allow the use of ammonia, but only out of sight of spectators and the general public. Under such regulations, athletes would not be able to use ammonia immediately before a lift. However, other federations allow for public use of the substance.

It’s clear from the research currently available that ammonia has several benefits for weightlifting performance.

In addition to enhancing focus and dulling pain, ammonia has the ability to prevent fainting spells. These three effects put together often enable athletes to lift more weight, although the substance does not actually enhance physical strength.

However, ammonia can have negative effects, including an increased risk of injury if the ability to feel pain is suppressed too much, and severe respiratory and eye damage when used in high concentrations.

If you’re thinking about using ammonia to boost your performance, make sure to consult your doctor first, moderate your usage, and adhere to your federation’s usage regulations.