When it comes to weight training, there are lots of different programs to follow. Your weight training program can be affected by your goals and ambitions.

It is quite common for people to get confused and think that a bodybuilder and a strongman are the same thing. Yet both follow different training regimes that help them achieve their goals. 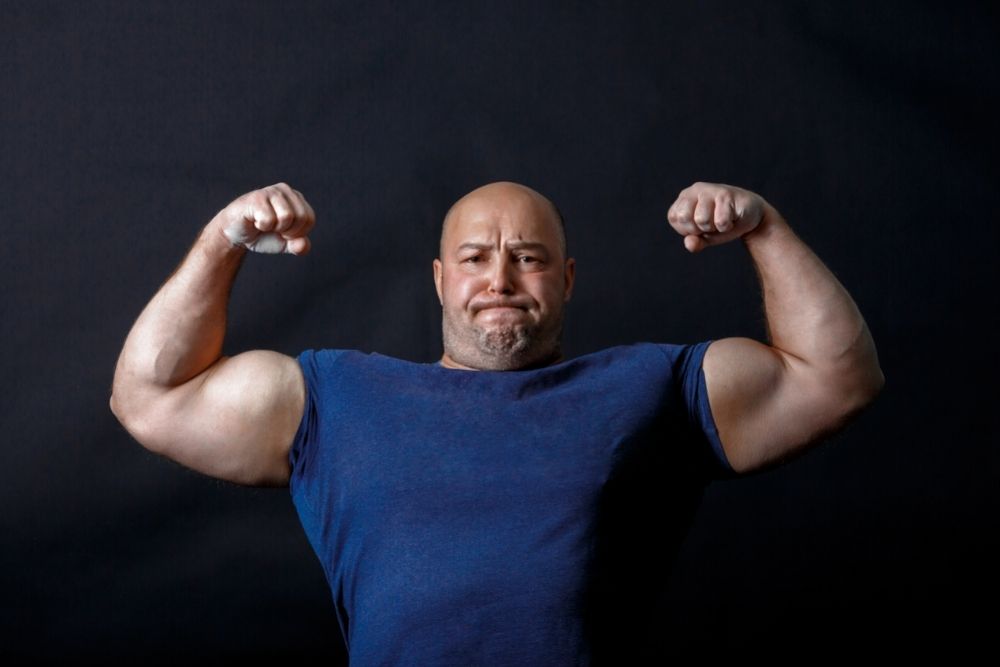 What Is A Strongman?

A strongman is a type of weightlifter. There are both male and female strongmen. They typically compete in competitions and sports as strongmen.

These competitions revolve around the physical strength of the athlete. There are lots of strongmen events, that comprise a range of challenges and events.

These challenges include, but not limited to, the following:

Typically, a strongman is focused on their overall strength, yet they aren’t too focused on how they look. They eat lots of calories to build up their physique and increase their size and strength. They then lift weights to increase their strength and power even more.

The Goals And Ambitions Of A Strongman

Just as their name suggests, the overall goal for a strongman is to be as strong as possible. They want to be strong and powerful.

The dream for any strongman is to hold the title of World’s Strongest Man. Any strongman will want to be strong in every aspect, as a strongman competition has a range of events that tackle different areas of strength.

Hence, a strongman needs to be strong in every aspect. We recommended some of the possible events that a strongman may encounter in a strongman competition.

Typically, there will have a pressed overhead, an endurance event, a loading event, and something pulled off the floor. Some of the events may use objects of varying weights, or it might just have many reps you can do.

As a result, the goal and ambition of a strongman is to be strong in all and any areas that have to do with lifting.

How Do Strongmen Train?

We have now concluded that strongmen want to be strong in anything that has to do with lifting. Hence, they need full-body strength to be able to do this. Their training can differ from person to person, depending on the type of competition they are training for.

In most strongmen competitions, there is always a form of an overhead press or deadlift event. Therefore, the main feature you will notice of a strongman is that they have quite large shoulders and backs.

This is because these lifts get special attention, as they are very common in all strongmen competitions.

When it comes to training, a strongman actually trains quite similarly to a bodybuilder. However, the main difference is that they will train to do higher weights but lower reps.

Diet Of A Strongman

As strongmen work hard, they need to eat a lot. In particular, they need large amounts of proteins, carbohydrates, and fats. This is to help their muscles grow and repair themselves from being put under great strain and pressure from the heavy weights they are lifting.

Many strongmen see weight gain as a good thing because it means they can become stronger. Therefore, as they have such intense workouts and their muscle growth and repair need a lot of fuel to help them recover.

As a result, it isn't uncommon for a strongman to have extra-large meals that contain much more calories than a typical person needs to consume. 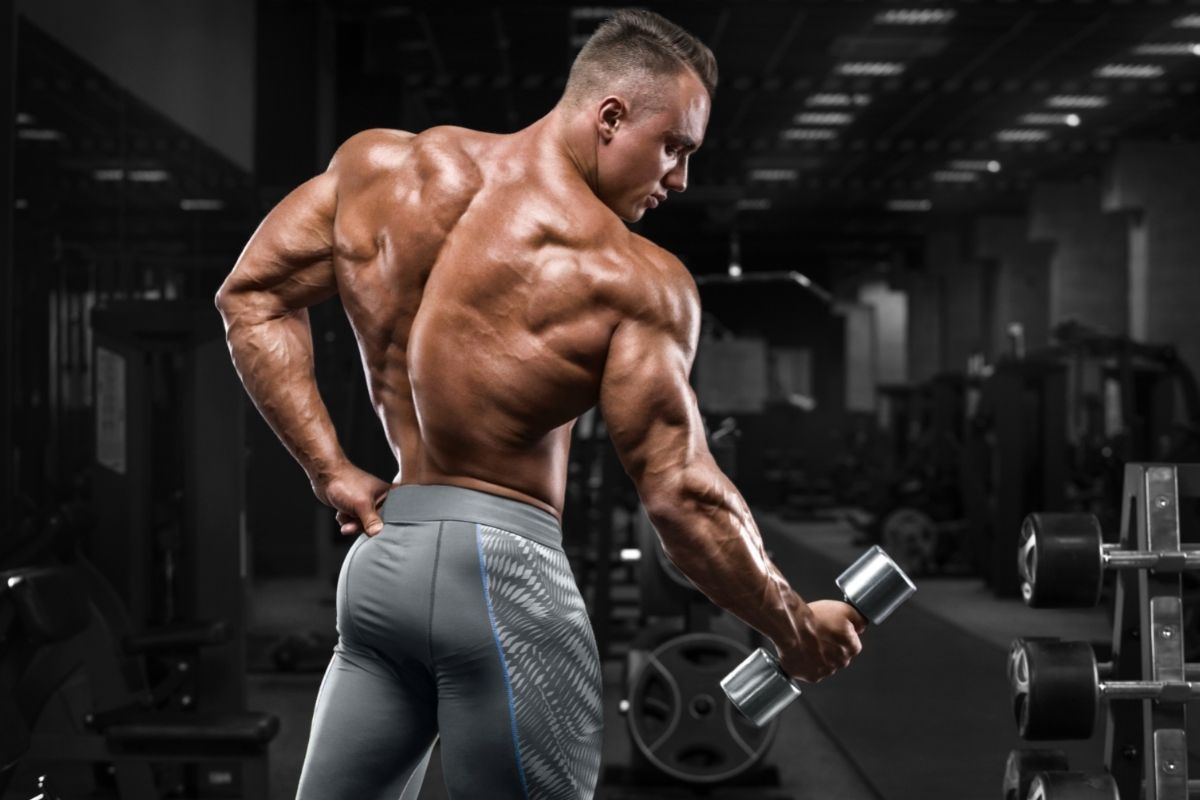 What Is A Bodybuilder?

Bodybuilding is about producing and developing as many muscles in the human body as possible. Bodybuilders can be both men and women. They, like strongmen, also compete in competitions and events.

Their muscles are developed by completing intense and hard workouts at the gym. To be able to develop these muscles, bodybuilders train quite frequently and follow a particular diet.

The dictionary defines a bodybuilder as ‘a person who strengthens and enlarges the muscles of their body through strenuous exercise.’ Strenuous exercise can mean a lot of different things, therefore it doesn't necessarily mean lifting weights.

Even a strong man can land under this definition, therefore it is no surprise that the two athletes can be mistaken for one another.

The Goals And Ambitions Of A Bodybuilder

It is all about the visual appearance of the body for a bodybuilder, whereas a strongman doesn't really care about what they look like.

A bodybuilder wants to create the ideal body. This ideal body should look as if it has been sculpted to look like a statue of a Greek god.

Just like with strongmen, bodybuilders have their own competitions. Where they stand on a stage in front of a row of judges. These judges then decide who has the best appearance and physique. The goal is to win one or all of the following competitions:

Bodybuilders will work on creating the perfect poses that show off their bodies the best. During these competitions, the judges are looking at the following three things: conditioning, symmetry, and muscularity.

Bodybuilders take how they look very seriously, they want to look the best that they can for these competitions.

How Do Bodybuilders Train?

When it comes to training for a bodybuilder, they want to build as much muscle as possible. So that means a lot of weights like dumbbells and barbells.

They aren’t as focused on how much weight they are pulling and aren’t trying to pull serious weights. All that bodybuilders care about is time under tension and muscle contraction. Thus gaining the most and best muscles possible.

As a result, a bodybuilder will take their time over their reps. They will be slow and thought about. They will normally complete reps of 8 to 12, but these reps will have used every muscle possible, and it will have been performed slowly and purposefully.

The exercises that a bodybuilder may complete will vary from person to person. However, they will be thought through, on how they will develop and sustain muscle.

It is all about growing the muscles to their maximum potential. Especially if you want to look like a Greek statue that has been chiseled to perfection.

Diet Of A Bodybuilder

For a strongman, it doesn't really matter too much what they eat. They have quite a large diet full of calories. Yet for a bodybuilder, they will follow a specific diet, as food is just there as a fuel source.

Every calorie is thought about, and fat must be kept to a minimum. For a strongman, it didn't matter if they gained weight, they actually saw it as a good thing. Yet for a bodybuilder, they can’t gain weight, because that could affect how they look.

Who Is Stronger: Strongman VS Bodybuilder

Both strongmen and bodybuilders look strong, and both can lift impressive weights. Obviously, strongmen are much stronger than bodybuilders, as they are all about strength training. However, a lot of people think that bodybuilders aren't strong.

However, typically a strongman should be stronger than a bodybuilder. Although, both are still very strong in their own rights.

Why Do Strongmen And Bodybuilders Look So Different?

You may think that strongmen and bodybuilders should look more similar, as they have similar training regimes. However, they both look quite different from one another. This is due to their diets.

As we mentioned above, strongmen have a high-calorie diet, where they can gain weight. They may eat more carbohydrates and fats to help them with this. Their main goal is to increase their strength. Therefore, they aren’t too fussed about how they look.

Whereas, a bodybuilder is all about appearances. They want to look like they have been sculpted, like a Greek statue. Their diet is much more reigned in and every calorie is thought about. They want less fat on their bodies so that their muscles can come through and shine more.

Bodybuilders have an ideal figure in their mind that they want to achieve. This is slender hips and a triangular torso. It is known that a bodybuilder will not drink anything before a competition to dehydrate themselves. This is because the skin will then tighten even more over their muscles.

As a result, both bodybuilders and strongmen look different due to their diets. Bodybuilders want to look good, while strongmen just want to be strong and don’t care that much about their appearance.

Although, unlike bodybuilders, they aren’t too focused on their physical appearance. Yet, they are focused on their body weight, because when it comes to competition, contestants are put into weight categories.

Thus, they need to make sure that they hit the right weight leading up to the competition.

Strongmen, Bodybuilders, and Powerlifters are all quite similar to one another on the outside. However, when you learn their goals and ambitions and look at their training regimes, they are all quite different.

For instance, a bodybuilder cares about their appearance. Their main goal is to make their body look as good as possible. They want to create the biggest muscles possible while having little fat on their body as well.

Compared to a strongman, that doesn't really care about appearances. Their goal is to be as strong as possible. Therefore, they have a much more relaxed diet and weight gain is seen as a good thing. Strength is what they are concerned with.

Both have their own competitions that athletes enjoy participating in. When you watch these competitions, you can see how much these two sports differ from one another. As a result, now you know the key differences between a bodybuilder and a strongman.