Unfortunately, these options do come with a caveat. Olympic weightlifting is not for those who are looking for gains - at least, not financial ones.

The US generally doesn’t offer financial support to training athletes, although some may receive a performance-based stipend. USAW (USA Weightlifting, the American weightlifting governing body) does offer a monthly stipend to high-level weightlifters.

This is awarded to competitors most likely to qualify for the Olympics, and who show medal potential. While the stipend covers some costs, for many it won’t be a living wage. 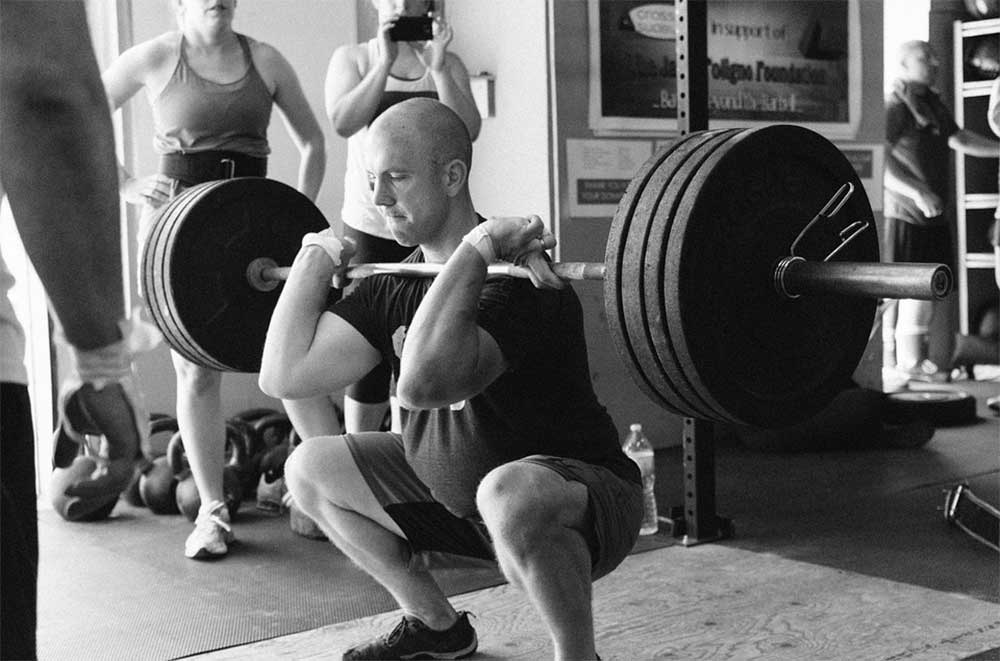 Only a small number of athletes are able to qualify for this stipend, and it’s given to athletes expected to perform at the Olympics and other international competitions. Worldwide, there are different levels of financial support for competing weightlifters.

There is some potential for Olympic weightlifters to earn money through competing. Many competitions offer prize money to winners and other successful entrants, so for a really talented weightlifter it’s possible to earn a living through these means.

Of course, you have to factor in travel expenses and cost of entry. Meaning, if you don’t win, you’re making a loss. For some competitions, even the winners may not make enough to cover expenses.

This is true across skill levels. If any US Olympic weightlifter can earn a coveted Olympic Gold medal, they may be compensated up to $25,000. Obviously this is a lot of money, but it’s still not a living wage on its own.

Actually competing in the Olympics won’t earn you any money from the IOC (International Olympic Committee). If you want to fund your weightlifting through competitions, then be prepared to budget.

There are other ways to earn money competing. USAW also offers rewards for those who can break an American or World record. For breaking a senior world record, a weightlifter can earn up to $5000. The prizes for breaking American records are smaller.

While this does offer some incentive, it doesn’t entirely compare to the excitement of breaking a record anyway. USAW also offers rewards for breaking junior records, which is a good bonus for young competitors who have less chance of earning money.

Again, this is something an Olympic weightlifter will aim for, but it is a payment available to only the highest level of competitors. It’s definitely more of a bonus than a wage.

So, actually competing doesn’t earn very much. Even an incredibly talented Olympic weightlifter may only expect to break even when factoring in all the training costs. Another way that high-level Olympic weightlifters may look to make money is through sponsorship. For popular athletes, sponsorship deals can make them millionaires.

This is unlikely to happen for most of us, but it is still possible to earn money through sponsorship. Especially with the current social media climate. Smart Olympic weightlifters can leverage talent and a strong social media presence to get good sponsorship deals. This may be payment for a post, or a regular income. It may just be getting some equipment for free, but that’s still a benefit.

The more high profile an athlete is, the more they can earn from sponsorship. It’s definitely something to be open to, for a weightlifter who wants to make money for their lifting.

Another way an Olympic weightlifter may look to make money is through training and coaching. Even competitive weightlifters can work as coaches, and many do to offset the costs of their own coaching. Some may bargain with a gym, agreeing to coach less experienced lifters and in return be coached for free. Despite the lack of financial gain, Olympic weightlifting is still a sport with a growing popularity.

It also appeals to a number of athletes from other sports, who are interested in strength training. This means there are many out there looking to learn, who will be interested in the advice of a competing Olympic weightlifter.

A skilled weightlifter can offer their coaching services for lower level competitors, and especially beginners. They may also consider doing more generalized training. Many of the skills learned in Olympic weightlifting can be transferred to other sports.

So while there are no exact salaries for an Olympic weightlifter, there are still ways of earning money. Unfortunately, any financial gains have to be compared to the costs of training. Olympic weightlifting isn’t exactly a cheap sport to get into. On top of the obvious gym expenses, coach payments, and equipment costs, there’s also the competition and travel expenses.

Not to mention any hospital bills that may occur. Especially for a beginner, these costs can add up quickly. Even competing Olympic weightlifters often have to look for other types of work to support their lifting.

This isn’t exactly unique to weightlifting. Across the sporting world the training costs are rarely offset by the financial games, except for a select lucky few. Even the best of the best Olympic athletes can find themselves struggling for support, especially in the lull between Olympic Games. Committing to any sport is a financial risk, but one that’s often paid off by the thrill of competition and improvement.

If you’re interested in getting into Olympic weightlifting, then it really shouldn’t be about the money. Chances are, you won’t be earning very much of it. While the lucky few are able to make it into a lucrative career, for many it will come with the same ups and downs of any job. But that doesn’t mean it isn’t worth doing.