Looking after your health and fitness should be one of your first and foremost considerations. 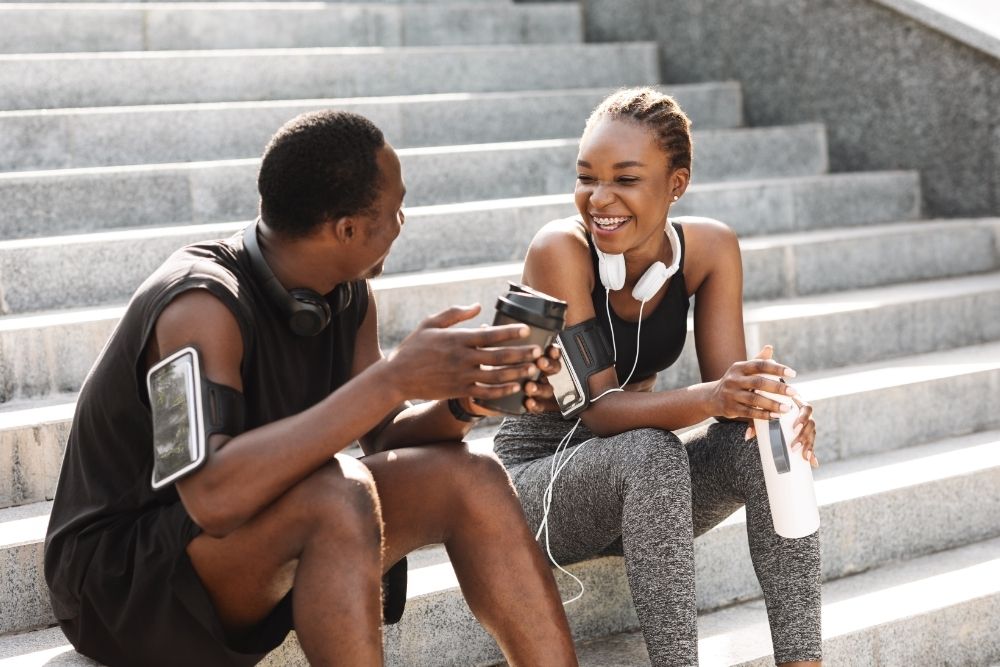 But if, like many people, you want to go beyond general good health and instead be in optimum form, this can take some tweaking and precision.

Cardio and strength training are certainly among the most important things to consider in this regard. But, as you probably already know, sufficient nutrition also plays a very important part.

When you’re working out, you need to have sufficient energy to make it all the way through your reps and sets. And where do you get that energy? From nutrition.

Now, caffeine is not a nutrient as such, and it does have its downsides. But it’s well known for its stimulating effects. Which has led to many people including caffeine in their pre workout supplements.

But first, we have to ask the question whether it’s right to do so. And if so, how much do you need to include for the desired effect, and how much is too much.

Let’s start by going back to basics.

What Does Caffeine Actually Do To Your Body?

Caffeine is a stimulant, and as such it increases the activity in your brain and your entire nervous system. And it also increases the circulation of particular hormones within your body, namely cortisol and adrenaline.

Now, this additional adrenaline is not in any way out of the ordinary, and a cup of coffee is hardly going to give you an adrenaline rush. But clearly, for many people consuming caffeine is both refreshing and energising, and good for focus.

And so far, that sounds pretty good as a pre workout supplement. All that extra energy ought to get you more motivated, raring to go, and can help you to meet or even exceed your workout goals.

But there are some minor dangers concerning caffeine, which we will run through briefly.

Excessive intake of caffeine can lead to such maladies as anxiety, insomnia, headaches, and high blood pressure (and that’s just touching the surface).

Much of this is due to it’s stimulating properties and the greater circulation of cortisol, which is a stress hormone.

It’s also important to note at this point that caffeine does have addictive qualities, and it is possible to experience withdrawal symptoms that can last for days. These include headaches, low energy, irritability, poor concentration, and depressed mood.

The Mayo Clinic recommends that you should not exceed more than 400 milligrams of caffeine per day.

So, this leads to the question “Should you include caffeine in your pre workout drink?”. And if so, “Should you carry out your workout earlier in the day so that the caffeine doesn’t keep you awake too long into the evening?”

Should You Include Caffeine In Your Pre Workout Drink Mix?

To be perfectly honest caffeine is a very common ingredient in many pre workout supplements, and given it’s known effects it's certainly easy to see why. And many athletes these days swear by the stuff.

And a quick cup of coffee, or a few teaspoons of instant added to your existing pre workout isn’t going to break the bank, and is easily much more affordable than a lot of the high end pre workout supplements out there.

Coffee, it turns out, is a much safer boost to your pre workout fuelling than a lot of the alternative pre workout supplements out there.

Well, this is in part because you know exactly what’s going into it - there are no nasty additives like beta-alanine and creatine which sometimes get a bad reputation.

When you make yourself a coffee, you know exactly what’s going into it. And usually it's little more than coffee, maybe with milk, maybe with sugar.

And that’s not all - coffee is regulated by the FDA, whereas many brands of pre workout mixes aren’t.

Now, the timing of your caffeine hit pre workout is key.

Even if you were to start feeling a caffeine buzz straight from your first sip, this does not mean that it’s fully worked its way into your bloodstream, so you won’t get the full benefit just yet.

You need the caffeine to be well dispersed in your bloodstream in order for it to have stimulating effects.

If you want to get the maximum benefit from the caffeine in your pre workout drink mix, you should wait approximately 45 minutes before you begin your workout regime. (Read 30 minutes to an hour.)

That’s when your caffeine boost will be at its most powerful. And that’s when it can really help you to get your game on.

But, it’s important to note at this point that caffeine can take many many hours to leave your system entirely. And having too much caffeine in your system isn’t going to be conducive to getting a good night’s sleep.

So, on that basis, you should make the effort to time your pre workout caffeine so that you’re not met with restlessness or insomnia when you put your head to the pillow.

How Much Caffeine Should You Include In Your Pre Workout Drink Mix?

In order for your pre workout caffeine to have any effect, you will need to take a minimum dosage of 150 mg.

This is why most branded pre workout supplements all feature at least 150 mg worth of caffeine.

But, as we mentioned earlier, there is also an upper limit of caffeine you should take per day, as recommended by the Mayo Clinic. We mentioned it earlier but it bears repeating here. You should not take more than 400 mg of caffeine per day.

Caffeine sure is a popular ingredient in many pre workout supplements. But there’s no real evidence that a higher dosage can really increase your workout performance.

Besides, there are several other pre workout supplement ingredients that can have an even more dramatic effect on your performance. (We won’t go into all that now - it’s beyond the scope of this article.)

So, caffeine can really help you with your cardio and strength training workouts. But it pays to be crafty about how to best use it.

You need only use it sparingly, and you would do well to ensure that you stay within the recommended limits of caffeine intake, which comes in at 400 mg per day.

For maximum results, you should take at least 150 mg of caffeine in your pre workout drink mix, and you should take it half an hour to an hour before you begin the workout.

If you find that 150 mg of caffeine before your workout doesn’t seem to be having any noticeable effect, we would suggest gradually trying larger doses until you find that sweet spot. Because in truth, everybody takes caffeine differently.

And we stress once again that as you gradually increase your caffeine dosage, you should not exceed the FDA’s daily maximum recommendations.

But please remember, caffeine may be stimulating but it is not a fuel. To fuel your workouts, especially if they are quite demanding, you will need the macronutrients carbs and fats.

That is unless you are trying to lose weight, in which case your aim is for a calorie deficit.