Olympic weightlifters are some of the most impressive athletes in the world, capable of near superhuman feats of physical strength and power.

Contents show
1 Why do crossfitters drop the weights?
2 Is it ok to drop weights at the gym?
3 Is it ok to leave weights on the bar?

The amount of weight these athletes are dealing with is truly staggering and depending on the particular competition, it can be very common for weights to be dropped onto the platform after a successful lift, as well as failed attempts.

But why do Olympic lifters drop the weights the way they do and where did this begin?

One of the main reasons a lifter might drop a weight is because it’s simply too heavy to be held up. If the lifter has overreached or has initiated a poor lift, dropping the weight is often the safest way to ensure they don’t cause themselves a major injury. 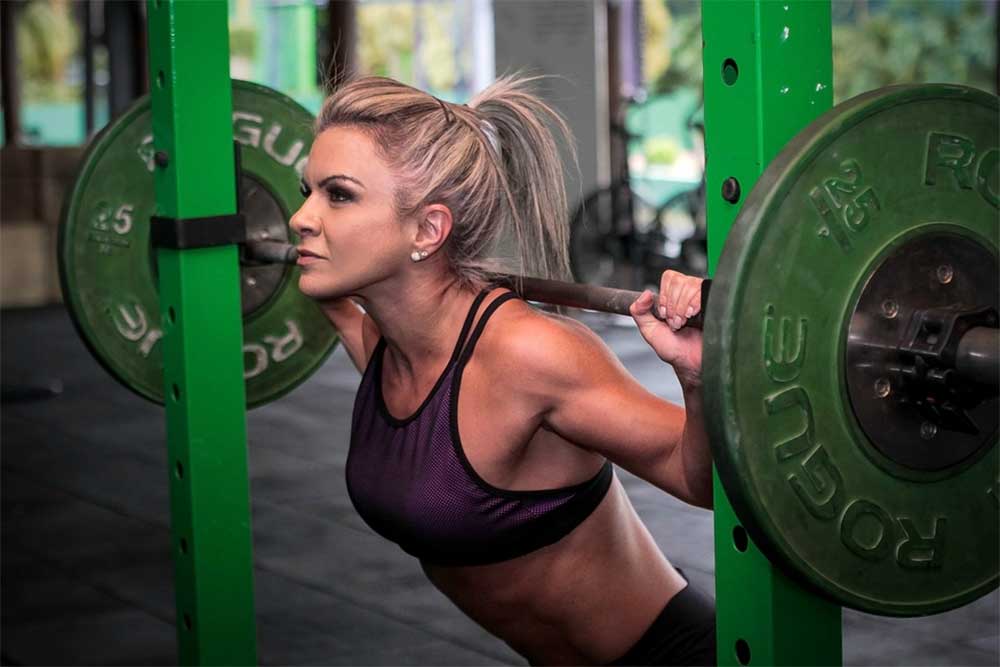 The forces at play during Olympic weightlifting are massive, and even a tiny adjustment or mistake in technique can have dire consequences for the lifter. Dropping the weights is the fastest way to prevent serious or even minor injury.

Another reason is that even during a successful lift, the weights being moved are so massive that it’s unsafe or too difficult to lower them back to the ground in a controlled fashion. While most average gym-goers might suggest you simply lower the weight to an amount that you can safely control, this doesn’t and indeed cannot apply to Olympians.

When every successive lift and every additional kilo mean the difference between Olympic glory or defeat, tiny margins come into play. Getting the weight up to the regulation height and completing the lift is the only thing that matters and ensuring you have all the energy you need to be able to do it is the only important factor. Dropping the weight ensures that no energy is wasted for future lifts.

There’s also the fact that in many ways, lowering weights of that size to the ground is fat more demanding than lifting them, as you’re working to slow the massive effects of the weight and gravity, forces that can easily cause injury to the strongest athletes. It’s better to drop the weights than put anyone at risk trying to control them as they fall.

The elite and highly competitive nature of Olympic weight lifting necessitates a normalized approach to dropping the weights for competitive integrity and most importantly, safety.

Why do crossfitters drop the weights?

Crossfitters have something of a controversial approach to form and technique that is still heavily debated among different weight lifting disciplines.

There’s no doubt that crossfitters are some of the most athletic and highly skilled athletes. This may justify why dropping the weights has caught on. People who are lifting more than their own body weight or even more than that simply have no alternative but to drop the weight as lowering can have serious safety concerns.

There is also an element of people enjoying dropping weights, however, which may be a less valid reason why this has caught on among athletes who don’t really need to drop the weight.

Some people enjoy the spectacle that dropping weights can cause. There’s almost always a deafening crash as the weights clatter to the ground, the sound of metal rattling and floorboards thudding is enough to blast through even the biggest of workout headphones.

This attention grab is certainly an aspect of dropping weight that some people find distasteful, especially when it’s done dangerously.

Is it ok to drop weights at the gym?

Really, it depends on the situation. If there’s ever a chance that you’re about to suffer a severe injury, dropping the weight into a neutral area is always the best option.

Thankfully, most gyms nowadays are set up to account for this outcome. Padded plates, rubberized floors, and even rubberized dumbbells can help reduce the disruption dropping weight can cause to other lifters nearby.

It’s also ok to drop the weight if you’re lifting a particularly heavy weight relative to your size or mass. As mentioned earlier, sometimes it’s simply not possible to lower weight in a controlled manner once you’re able to lift enough.

Again, it’s important to ensure you’re dropping the weight into a neutral area that is designed to prevent a safety issue for other gym-goers.

Generally, it’s frowned upon to drop dumbbells that aren’t very heavy as they have a tendency to bounce around and can hit people nearby, which is a great way to annoy other people, make a fool out of yourself, and potentially get yourself a stern talking-to from the gym staff.

While gym etiquette is a nebulous concept and many people disregard it, throwing weights needlessly is a downright dangerous and careless act that most of the time simply isn’t necessary.

Going to the gym is about bettering yourself, and causing a scene definitely doesn’t align with those goals.

Heavy dumbbells are more acceptable to be dropped but again, it’s important to be aware of your surroundings and not endanger yourself or others if you intend to drop them.

Is it ok to leave weights on the bar?

How a person handles themself at the gym says a lot about how they handle themself in life. There are certain conventions and rules that are traditionally followed to make everyone’s workout as fun and comfortable as possible.

If you wanted to use a machine and someone just left it in a sweaty mess without wiping it clean, you’d probably be pretty annoyed.

Leaving weights on the bar when you’re finished can be as annoying for people wanting to use the equipment after you. You should always take the time to clear your bar for the next person. It's a simple act that shows you take pride in yourself and that you understand basic gym etiquette.

The only time it’s acceptable to leave a bar without resetting it is if you know the guy waiting to use it wants to use the same weights you are. Usually, if someone calls next they’ll let you know if they want you to leave the weights on the bar.

If you’re unsure, simply ask the person waiting if they want you to clear the bar or if they’d like to use it how it’s already set up. It only takes a second but it will get you a little kudos.